We are all familiar with four types of tea such as white, green, black & oolong and so on. But have you ever heard of purple tea?

What exactly is purple tea?

Like all other tea varieties, purple tea also originates from the plant camellia sinensis. This new variety of tea is grown from special mutated Assam cultivar. The plant sustain more intense sun rays causing it to 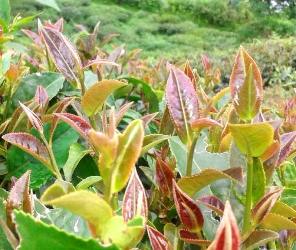 produce high level of anthocyanin’s and higher level of polyphenols. The new shoot growth has a predominant purple hue to it and is not green looking like the general Camellia Sinensis. It is very easy to identify the purple tea bushes from a distance. Only the bushes which exhibit this character can produce purple tea. We have around 50 odd bushes where we have found this character to exist and these bushes are plucked separately to produce purple tea.

The high level of anthocyanin’s present in the leaves gives this tea its unique purple appearance. Anthocyanin is the same anti-oxidant that gives blueberries, raspberries and other red/purple foods their respective colors. Purple tea has higher percentage of anthocyanin present, 1.5% percent more as compared to other blueberries which has 0.1%.

Anthocyanin’s has many medicinal properties and is known to be beneficial against cardiovascular diseases. The anti-oxidants present in the leaves are known to provide anti-cancer benefits, improve vision, lowers cholesterol and blood sugar metabolism.

ns high amount of anti-oxidants and polyphenols than green or black tea (16.5 percent more for black & 9.1% more for green tea). It also has a polyphenol called GHG which is not found in any other tea varieties. Researches have shown that GHG helps in decreasing fat mass and thickness while increasing lean body mass. Researchers have shown that this is caused by GHG affecting lipase, the enzyme which breaks down fats so that the body can easily digest them.

Unlike green tea, purple tea also has high levels of catechins. Catechins are neuro-protective antioxidant that bridges the blood-brain barrier. In a study performed on mice, it has shown significant boost in brain antioxidant capacity.

How does it taste?

This tea is sweet and not very rich in flavor. Purple tea itself has a dark color; however the steep is very light with a slight purplish hue. We found it to taste very much like a strong white tea with a pleasing character with no particular resemblance to general black and green tea flavor. It has no astringency and no tannin bitterness. If you add few drops of lime to it the cup of liquor turns into a beautiful pink colour. We would recommend it to those who are looking at a very high antioxidant character with unique character. It does not have great flavor and nor is the liquor character repulsive. 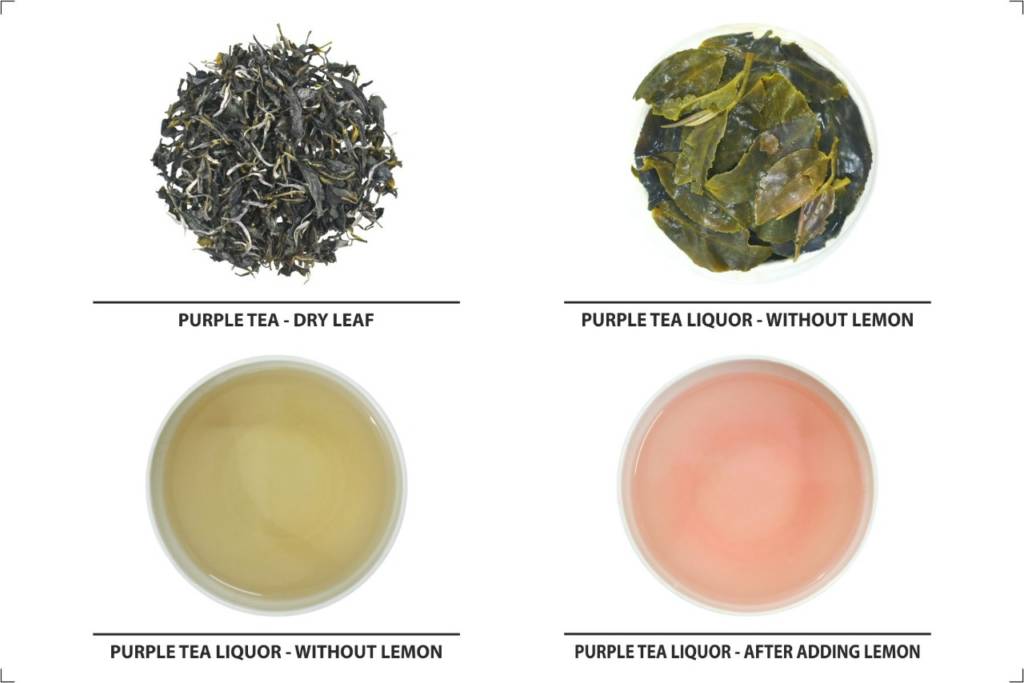 How it is made?

The tea is made at Gopaldhara Tea Estates which is located in Darjeeling at an elevation of 5500-7000 Ft. The plucking of the leaves is of such fine quality that the tea is mostly hand-sorted with very less machinery works involved. Only those leaves that have the prominent purple hue are plucked by the most experienced garden workers under the supervision of the manager. The pluckers ensure that only the best shoots with prominent purple buds and leaves are plucked. Oxidation is skipped in this tea which helps in retaining all the natural anti-oxidants and polyphenols that makes this tea the healthiest.